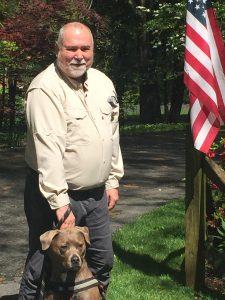 Robert David Steele is the pro bono Chief Enabling Officer (CeO) of Earth Intelligence Network, a 501c3 devoted to teaching holistic analytics (HA), true cost economics (TCE), and open source everything engineering (OSEE) and now also CeO of Open Source Everything (OSE Inc.), a for-profit that seeks to help all countries create a prosperous world at peace, a world that works for 100% of humanity, at 10-20% of the cost of the failed Western economic model.

AUTHOR:  Many books on intelligence reform – two with Forewords by past Chairmen of the Senate Select Committee on Intelligence, two on electoral reform, two on false flag Deep State threat, one on national security reform, one on engineering reform, multiple Kindle Shorts as well as articles, chapters, lectures, monographs, online posts, and testimony. His work is informed by being a top reviewer for non-fiction, respecting the work of other authors, publishing over 2,000 reviews in 97 categories of non-fiction reading plus fiction as truth, the 98th category.

Selected Articles, Chapters, Monographs, (Use Publications for Books, Everything)

BLOGS: Phi Beta Iota Public Intelligence Blog is where he curates over 80 contributors who believe that the truth at any cost lowers all other costs. His newest project, Licensed to Steal, seeks to hold Wall Street accountable for financial crime, and particularly Naked Short Selling as well as its twin, money laundering from drugs and human trafficking. He is also the sponsor of the best selling (by the chapter) book at Amazon, Pedophilia & Empire: Satan, Sodomy, & The Deep State, now available free online with a tag cloud of all individuals and organizations named in the book.

CITIZEN: As a citizen he has created #UNRIG, a non-profit civics education campaign, and has worked with Dr. (PhD) Cynthia McKinney aka “the goddess” to create an educational movement (not a party), We the People – Unity for Integrity, being the unification of the populist right and left with people of color, Latinos, and all small parties and Independents,  to restore integrity to the US Government via an Election Reform Act whose short title is the Integrity Act. Citizens of all countries are invited to visit our #UNRIG website — these fundamentals apply to all publics in every nation who wish to reinstate public power.

VIDEOS: Authors and influencers are interviewed by Robert, who also makes “on the fly” commentaries that are very popular (and often censored by YouTube). Subscribe free to his two #UNRIG channels at YouTube (censored frequently) and BitChute (never censored).

See CONTACT PAGE for email.  Available as a speaker and decision-support consultant.