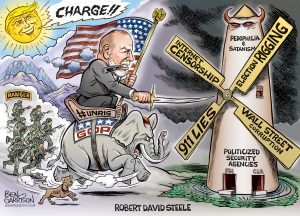 “Quixote” Steele on the Move

Robert David Steele (RDS) was born in the USA (New York, 16 July 1952) and is a former Marine Corps infantry officer, CIA spy, and second-ranking civilian in Marine Corps intelligence, responsible for creating the Marine Corps Intelligence Activity. He started the modern Open Source Intelligence (OSINT) discipline in the 1980s and quickly came to blows with the US intelligence community which is terrified of the idea that most decision-support can and should be done with open sources that can be shared.

He went on to create #UNRIG to support our President, and to champion Open Source Everything Engineering (OSEE) that would allow the President to rebuild America at 20% the cost of the failed Western economic model rooted in waste, lawyers, and thieving bankers.  He is widely published; a top non-fiction book reviewer in the English language; and was recommended for the Nobel Peace Prize in 2017. His motto is “the truth at any cost lowers all other costs.”

His personal website, now being delisted by Google, is https://robertdavidsteele.com. 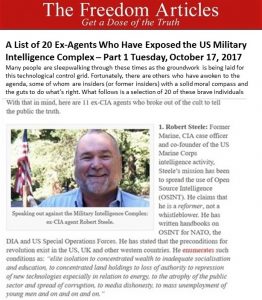 1. Robert Steele: Former Marine, CIA case officer and co-founder of the US Marine Corps intelligence activity, Steele’s mission has been to spread the use of Open Source Intelligence (OSINT). He claims that he is a reformer, not a whistleblower. He has written handbooks on OSINT for NATO, the DIA, and US Special Operations Forces. He has stated that the preconditions for revolution exist in the US, UK, and other western countries. He enumerates such conditions as: “elite isolation to concentrated wealth to inadequate socialization and education, to concentrated land holdings to loss of authority to repression of new technologies especially in relation to energy, to the atrophy of the public sector and spread of corruption, to media dishonesty, to the mass unemployment of young men and on and on and on.”

Listed for Open Source Everything

“A voice not heard with the potential for becoming an impressive change agent.” 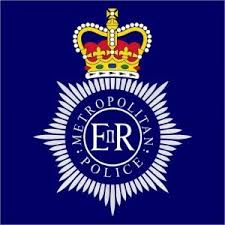 Scotland Yard. For helping create their Open Source Intelligence (OSINT) unit that not only put terrorists and arms merchants in jail faster, better, cheaper, but also increased by 100-fold the global assets that could be found and confiscated post-conviction.

Year in Computers. For advancing open-source information-sharing and sense-making across all boundaries.

The invited first speaker at the first conference subsequently invited speak to all events. 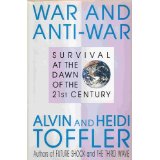 Alvin and Heidi Toffler. On the basis of their research and all that they gathered from the first global conference on “National Security & National Competitiveness: Open Source Solutions,” they created a chapter built around Robert Steele’s vision, in War and Anti-War. 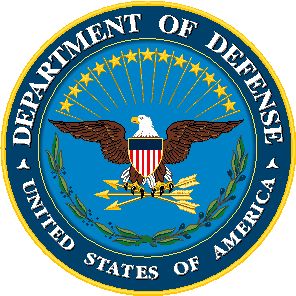 Department of Defense. For creating the newest national level analytic center at the time, with new sources and methods.

Deputy Director of Operations, Central Intelligence Agency. Held back for a year due to internal political arguments, this was for unusual success in clandestine operations, including a recruiting and reporting performance five times the regional average. 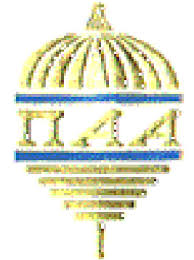 Elected to membership in the National Honor Society for Public Administration on basis of a 4.0 average at the University of Oklahoma (Extension School). 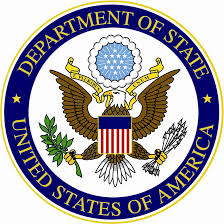 Department of State. To all those serving in the Embassy in 1979-1980, a time of relatively great danger including rocket attacks directly on the Embassy, bombings, kidnappings, and direct assassination threats against various US officials including myself.