WHAT IS A PONZI SCHEME?

You are here:
0Shares 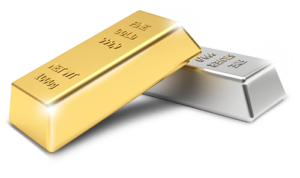 What is a Ponzi Scheme? According to Wikipedia:

A Ponzi scheme (/ˈpɒnzi/, Italian: [ˈpontsi]) is a form of fraud that lures investors and pays profits to earlier investors with funds from more recent investors.[1] Named after Italian businessman Charles Ponzi, the scheme leads victims to believe that profits are coming from legitimate business activity (e.g., product sales or successful investments), and they remain unaware that other investors are the source of funds. A Ponzi scheme can maintain the illusion of a sustainable business as long as new investors contribute new funds, and as long as most of the investors do not demand full repayment and still believe in the non-existent assets they are purported to own.

Why is this important? Because the United States Debt markets, bonds issued by the various governments and private corporations are based on the principles of a Ponzi scheme. The US bond market is a prime example. The bond market exists (now) only because new customers continue to buy debt (including the Federal Reserve). Further, new debt must be purchased faster than a debt selloff can disrupt the market’s appearance of stability (stable interest rates).

Bond market interest rates are directly related to inflation rates (rate of rising prices). Inflation is the outcome of issuing more currency. According to Economics In One Lesson by Henry Hazlitt (EOL) …inflation is the mere issuance of more money, with the consequence of higher wages and prices.

Inflation is like the presence of large numbers of new buyers in a Ponzi scheme. Currency (often mistakenly called money) enters the system in large numbers, providing working capital to pay existing investors (interest income) while seemingly creating more demand for the investment (rising bond face values) because others see the great returns being paid to long term members. But, with new investors comes the need for even more new investors until, in the end, the Ponzi scheme becomes impossible to sustain.

The US financial system is a derivative of a Ponzi scheme – the purchasing power of the dollar derives value from the stability of the US debt market. The debt market has value when interest rates are lower, and those rates are stable (not going up and down).

Inflation is a sign the debt market is being manipulated for purposes of stability and quickly rising debt rates indicates that inflation is not enough to keep the face value of debt products high.

As inflation increases, the purchasing power of the dollar falls; it is not a result of rising prices but the crowding in the number of dollars available. According to EOL: It [inflation] may indeed bring benefits for a short time to favored groups, but only at the expense of others. And in the long run it brings ruinous consequences to the whole community.

We have reached a stage where the debt market is signaling red-alert. Using the 10 year yield as our indicator, we can see there is a war to maintain lower and stable rates as indicated by the yield rising and falling in larger and larger swings. The market riggers are battling reality by creating new currency out of thin air to keep appearances from spooking new buyers – however, reality always wins in the end.

In my previous article the battle for the 10 year yield was at 3.11%. Today the battle is begin waged on a hill higher – above 3.3%

As these interest rates rise, expect to see more blatant examples of currency issuance disguised as things like the “Inflation Reduction Act”, subsidies for industry or Universal Basic Income (UBI) for those with no means to make purchases in the market. All these measures are causing inflation, adding fuel to the inflation fire.

In the final days of a financial system based on a Ponzi scheme (debt-based currency), rising prices will be coincident with a shortage of dollars as more and more dollars go toward interest payments and also because prices climb outside the affordability range of buyers. This is called a so-called liquidity crisis, which is the final notice – expect purchasing power to rapidly collapse.

I submit that this is the situation we are facing now – and why this introduction is important to understand that owning silver and gold and other commodities such as food-producing assets, manufacturing assets etc., are the right place to invest your paper money during an inflation based financial collapse.

As liquidity dries up, banks will no longer have currency to provide to depositors and these banks will soon fail. Expect banking “holidays” as market riggers work to stem the stampede to get cash in hand.

Meanwhile In The Metal Market

Don’t forget this: the prices of silver and gold and the other monetary metals are being held artificially low and prices are held inside a tight trading range or channel. Silver, for example, is still at $18 and has been as low as $17.55 in the past two weeks. In a manipulation free market, the price of silver should be rising against the falling value of a paper currency.

Currently we are in a buyers' market for physical silver and gold products. Take advantage of this temporary price slash.

According to the Federal Reserve (a private company controlling the US currency):

Inflation in the United States has reached levels not seen in decades, which can have implications for how wages are set. When negotiating contracts, workers may demand higher compensation to make up for their current loss of purchasing power and for expected future losses. In an environment with elevated inflation, even when longer-term inflation expectations remain well anchored and workers expect inflation to eventually be brought down, their shorter-term views may become more relevant for wage demands.

* Doug Casey on the Controlled Demolition of Food and Energy Supplies

This is a short glance at some of the headlines I found this morning. But focusing on the problems now is not the answer. Focus on your solutions. Eisenhower said once that “Plans are nothing – but planning is everything”.  We individually are not super beings; we do not have infinite resources – we have what we have – our wits.

Planning based on the above information will produce better results than just doing nothing or even choosing to ignore the situation. Take a few days and make some plans to address how you will survive a currency collapse, a food shortage, and the other problems these issues will cause. It should be fun and psychologically comforting to have plans in place and in progress to face the worst.

Planning for the worst and working toward the best is a plan to follow.

THE DOLLAR HAS NO INTRINSIC VALUE : DO YOUR ASSETS?