Recommended as a candidate for the Nobel Peace Prize.

…in our view as editors, he is qualified both for helping to prevent World War III this past year, publicly confronting the lies being told by his own national intelligence community with respect to the Russians hacking the US election,[5] and for his body of work in the preceding year and over time, as summarized here:

For leadership in redirecting the craft of intelligence (decision-support) away from spies and secrecy enabling war and waste, toward open sources and methods favorable to peace and prosperity.

Few have thought as deeply or imaginatively about such questions as a super-smart …  former Marine and intelligence officer named Robert D. Steele…

“The Future of the Spy” (Chapter Built Around Steele)
War & Anti-War: Survival at the Dawn of the 21st Century 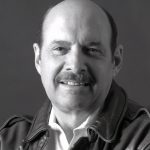 “The United States – and the world – need Robert David Steele.  There are few researchers, analysts and strategists that rise to his level of intelligence, insightfulness, systems thinking and integrity . . . and are fearless enough to absolutely do and say what he thinks is in the best interest of his country and humanity.  I don’t always agree with his approach, he was a Marine, after all (I was a sailor), but I know that his provocative, unencumbered approach to making sense out of the biggest and most pressing issues that define these chaotic days desperately needs to be done.  We’re all better for his indefatigable efforts.”

John L. Petersen, Founder and President, The Arlington Institute
Author, Out of the Blue: Wild Cards and Other Big Future Surprises: How to Anticipate and Respond to Profound Change

Robert is the major exponent and promoter of open source information and open source intelligence (decision-support). He has a long term vision with immediate relevance, and his analysis of the present challenges and future opportunities has been especially influential within the intelligence communities of Latin America. He sets a good example.

I’ve had the occasion to work with Robert on several occasions, and I very much appreciate his integrated vision of ‘Open Everything’ and in particular how it relates to the intelligence function. Robert has been a leader in the field for more than 20 years and we still look for his guidance.

Robert Steele is THE pioneer in American Open Source Intelligence (OSINT). I personally believe there would be no major OSINT effort in the U.S. today or internationally were it not for Robert Steele’s initiative, energy and vision. He fought overwhelming odds to get America’s OSINT effort off the ground in the late 90’s. A brilliant mind backed by a powerful will and unequaled work ethic.

Robert works 20 steps ahead of everyone else. He moves at lightspeed and if you can keep up, or slow him down enough to explain, his intelligence and information is invaluable. Robert’s perspective on the world provides his clients and friends with insights and options to navigate through the toughest situations. Robert is both delightful and challenging to work with.

Robert Steele is about 100 times as smart and 10,000 times as dangerous as the best of the hackers, for he is successfully hacking the most challenging of bureaucracies…for the right reasons.

Bruce Sterling in
Hacker Crackdown: Law and Order on the Electronic Frontier

Constantly committed to truth and honesty, [his work] demonstrates his ability to grasp the real issues and to take into account the views and concerns of men of good will from all nations and all cultures.

Robert is a tireless advocate for open source information, the grey literature community, and the sharing of resources world wide. Understanding that there is both information and disinformation publically available it is only through the opening of those windows to ALL communities that the resources can be vetted and the truth can be known. The waves he has caused are enormous, the effect of his efforts is still spreading and I beleve by opening new sources as well as new avenues of finding that information, embracing different technologies than historically used the enitire community benefits.

Robert Steele goes well beyond the original visions of the best of the Directors of Central Intelligence, and has crafted a brilliant, sensible, and honorable future for the intelligence profession.

Robert David Steele Vivas has been a pioneer in Open Source Intelligence for at least 20 years, and we collaborated for about a dozen of those. He has written several seminal books on the topic, and has been a tough love reformer of intelligence agencies especially American ones. He has also done as much as any other to promote international recognition of the profound changes going on in both the threats on our earth, and the need for open, honest exhanges of information to deal with them effectively.

Over a broad canvas reflecting the changing nature of information and information technologies, Robert Steele lays the foundation for the future of e-intelligence.

Steele consistently has been well ahead of the pack in his appreciation for everything from open source research to the implications of technology…his work thrills with its insights and ideas.

Ralph Peters,
Fighting for the Future: Will America Triumph?

Robert Steele’s vision for the future of intelligence is clearly “internationalist” in nature. It focuses on regional partnerships…and on the value of open source intelligence collection.

Steele’s concept is simple: Empower the citizen and private sector to gather and analyze intelligence so that we can make informed decisions [using] Open Source Intelligence gathering [that] is faster, smarter, cheaper…

Robert Steele deserves our admiration and our focused attention for bringing the idea of open source information to the fore. His passion to serve the nation by developing this new approach…is exemplary.

Robert Steele storms into the core of intelligence issues without fear. The scope of his work is impressive and whether you agree with him or not, you cannot ignore what he says.